Welcome to the Woodchurch Players’ website. Woodchurch is a picturesque village nestling in the heart of the Kent countryside. The Players present three productions a year ranging from pantomime to comedy and drama. Our productions take place in the Memorial Hall next to the village green.

The Players welcome new members who are interested in not just acting but in all aspects of the theatre. For more information contact our Secretary via our contact page here

It is with regret but in line with Government advice, we are postponing our production of ‘The 39 Steps’.

We do intend to perform it later in the year so as soon as we have new dates, we will let you know!

We are very excited to announce the cast for our radio play production of 'Blood Brothers' by Willy Russell!
Director Jack Davidson held auditions on Zoom and we have a strong cast of people new to us (but not to performance- in fact, you've probably seen them elsewhere) and warmly welcome the return of familiar faces.

Congratulations and welcome all!

So excited to be back with Woodchurch Players! 😁

AUDITIONS FOR OUR ENTRY INTO KDA's RADIO PLAY FESTIVAL
SPRING 2021

Not long now to our auditions but more the merrier!
Never under estimate yourself or the opportunities coming to an audition and trying things out for yourself can bring you!

The names of the characters that will be read in each extract are in each photo’s comment box.
All ages from 15 upwards can audition. Age ranges are flexible for each role.🙂

Exciting News!!
ACTORS WANTED!
AUDITION – TUESDAY 1 DECEMBER 7.30PM
Subject to licensing, Woodchurch Players are entering the KDA Radio Festival with an hour long, NON MUSICAL version of
Willy Russell’s ‘Blood Brothers’
directed by Jack Davidson.
‘Twin brothers, Mickey and Edward, are separated at birth as their mother cannot afford to keep them both. Raised only streets apart in the heart of Liverpool, the boys’ lives take two very different paths. However, following a chance meeting, the pair form an unlikely friendship. But what will happen if they ever find out the secret of their shared history?’
Instead of singing, there are lyrical monologues, but music will still feature to create an atmospheric sound track.
Our award winning tech crew are ready with the kit to make it happen!
Subject to Covid guidance, we aim to start rehearsals in the New Year with recording taking place in February, ready for submission to the KDA in March. Entries will be adjudicated in April by Amanda Sharpe- Conroy.
We are inviting actors of any age from 15 upwards to audition.
Auditions will take place on Zoom and will not involve visuals – Jack wants screens off so he can listen to you! Extracts from the play will be made available via email as will the link to the Zoom meeting.
Yes, as it is set in Liverpool, a Scouse accent will be required for some roles, but there is that thing called practice and rehearsals help! That said, Jack is wanting to hear the personality and heart of a character for this lovely, emotive play and the ability to tell a story.
Characters:
Eddie and Mickey – twin brothers
The Mother (Mrs Johnston), their birth mother
Mrs Lyons – Eddie’s adoptive mother
Linda – Eddie and Mickey’s friend
Narrator
Milkman, Doctor, Policewoman
Chorus including Kids 1,2,3,4

OFFICIAL BIT - If you are successful and not currently a member of the Players you will be expected to pay membership of £6 (I know, shocking isn’t it).
Contact Jack on 07863 132920 or on [email protected] for further details.
LOOKING FORWARD TO HEARING FROM YOU! ... See MoreSee Less

Really look forward to hearing this when it's all finished. 🙂 Had a lot of fun brushing off the liverpool accent with woodchurch before.

So excited! Can I check, is the date Thursday the 3rd Dec? Or a Tuesday? X

Does anyone know roughly how many rehearsals a week, how long, whether will be in person or Zoom etc? 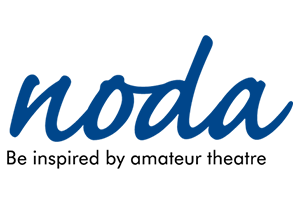 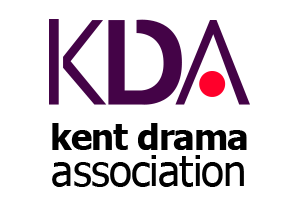