Set in Ireland’s County Donegal in August 1936 in the fictional town of Ballybeg, our Spring production is a memory play told from the point of view of the adult Michael Evans, the narrator. He recounts the summer in his aunts’ cottage when he was seven years old. Friel’s play is loosely based on the lives of his mother and aunts who lived in Glenties, on the west coast of Donegal.

Set in early August of 1936, the play depicts the late summer days when love briefly seems possible for some of the Mundy sisters and the family welcomes home the frail elder brother, who has returned from a life as a missionary in Africa. However, as the summer ends, the family foresees the sadness and economic privations under which they will suffer as all hopes fade. The play takes place around the festival of Lughnasadh, the Celtic harvest festival and through that, the play describes a bitter harvest for the Mundy sisters, a time of reaping what has been sown. 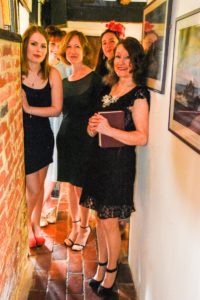